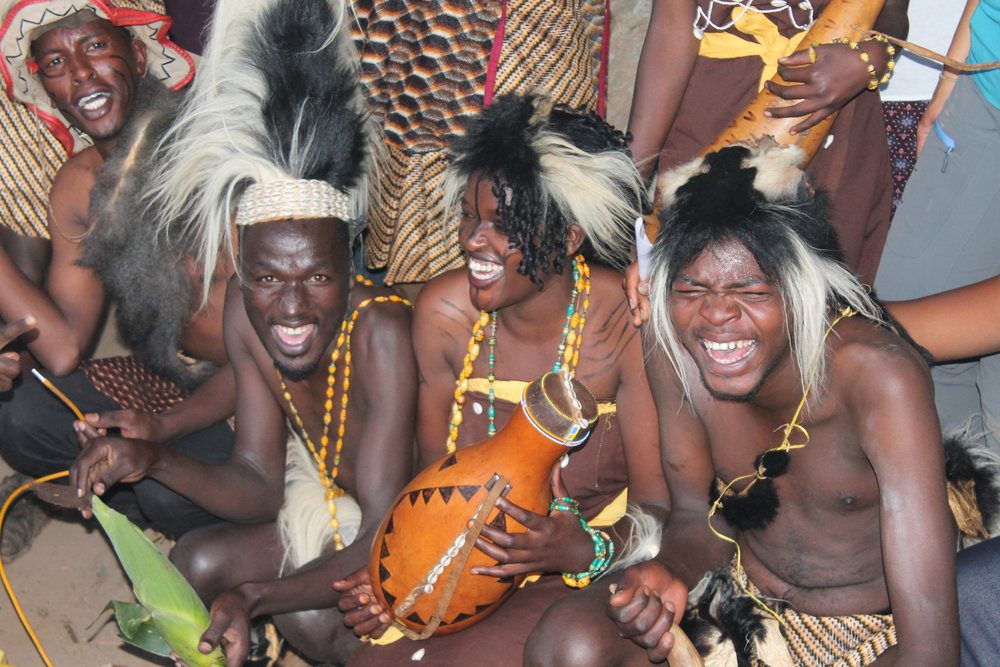 The Sebei people are one of the most interesting tribes in Uganda. Their tribe stretches even up to South Sudan. The Sebei are part of the Kalenjin ethnic group located on the borders of Uganda and Kenya. They speak a Nilotic language called Sebei and they live in the districts of Kapchorwa, Bukwa and Kween – in Eastern Uganda. The Sebei, now known as the Sabiny also speak Kupsabiny, which is the Kalanjin official local language. The language is also spoken by other smaller Kalanjin groups that inhabit the hills of Mount Elgon. When you put these smaller groups that live in the hills Mount Elgon together with the Sebei, they are called the Saboat. In addition, all the Kalenjin circumcise teenage boys and girls as a rite of passage including the Sabiny.

History of the Sabiny/Sebei People

The modern Sabiny comprises three previously independent but meticulously interrelated tribes that inhabit the northern and north western slopes of Mount Elgon. These tribes identify themselves as the Sebei. Formerly, these tribes included the Sapin, the Mbai and Sor.

Originally, the Sebei was cut when the Kenya-Uganda border was established. Some of the Sebei then extended into Kenya on the Eastern side of Mount Elgon and on the Uasin-Gisho Plateau. Apparently, the Sebei are closely allied to the people who inhabit the southern slopes of Mount Elgon. However, these close allies were severed by modern politics though a number of movements between these regions and several intermarriages are still witnessed. The sister tribes in Kenya include the Bok, Kony and the Bonom. The Sebei community is structured with elements that include, kin-based organisational units, clan and lineage, kinship terminology and the patterning of interactive relationships based on consanguinity and marriage and the age-set structure.

Their Clan and Lineage

Sebei Prayer to the Good and Evil Spirits; “Oh here is a drink for all of us, our grandfathers, even our fathers; all the old women and old men; even our uncles who have gone below. Drink ye! Watch over us that we may love, that the people should be in peace. Even the cows and goats should increase and have long life. You who are evil, drink and go away; do not come back to this house. Away!

The Sebei community is structured with elements that include, kin-based organizational units, clan and lineage, kinship vocabulary and the design of interactive relationships based on consanguinity and marriage and the age-set structure. This covers both their traditional organization i.e. before colonial rule and present day.

Every Sebei belongs to a clan – also known as an Aret in Sabiny. A clan is a large group of relatives or associates. According the Sebei, being a member of a clan is the most significant attachment in a man’s life. Clans possess strong spiritual grips on their on the people that belong to them. They are even realised as partaking a kind of genetic inheritance of various behaviours. Apparently, a man cannot change his clan affiliation, except in cases where clans split up.

The Sebei people have about 200 distinct clans. Each clan comprises descendants of a single founder, whose name is usually formed with Kap – which means “descendant of” at the beginning. However, some clan founders have names derived from their habits, or myths accredited to them.

The Transformation Ritual from Childhood to Adulthood

The initiation process consists of two major elements that is the circumcision of the boys and the cutting of the whole labia minora for the girls – which is also locally known as circumcision. The circumcision for girls has however been condemned by several other tribes in the country as it is described to be barbaric. Other elements of the initiation cycle involve allocating the initiates to their suitable age-sets and re-welcoming them into the standard responsibilities of their society.