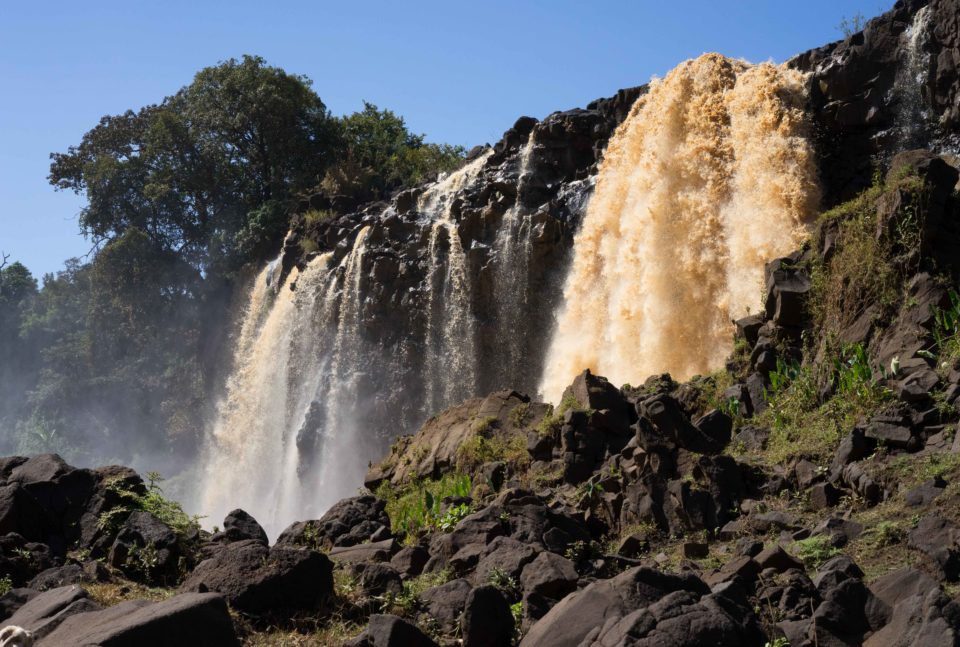 Bahir Dar is one of the leading tourist destinations in Ethiopia, with a variety of attractions in the nearby Lake Tana and Blue Nile river. The city is known for its wide avenues lined with palm trees and a variety of colorful flowers. It is also considered one of the most beautiful, well planned, and safest cities.

Bahir Dar is situated on the southern shore of Lake Tana, the source of the Blue Nile (locally called Abay). The city is located approximately 578 km (360 miles) north-northwest of Addis Ababa, and an elevation of 1,840 meters (6,036 foot) above sea level.

Ethiopian Airlines operates daily flights between Bahir Dar and the capital as well as with Gondar to the northwest. The most common and convenient way of traveling in Bahir Dar is cycling. Taxis also provide efficient transportation in the city. Intercity bus service provided by the Selam Bus Line and Sky Bus Transport System which operates daily to and from the capital.

Bahir Dar’s origins date to at least the sixteenth or seventeenth century; Pedro Páez is credited with erecting several buildings in this city, one of which is “a solid, two-storey stone structure, with an outside staircase” and can be seen in the compound of the present-day Giyorgis church

Bahir Dar, situated as it is on the southern extremity of Lake Tana, provides access to both the lake and its many islands, and to the Blue Nile Falls (Tis-Isat). The visitor to Bahir Dar will no doubt see tankwas on the lake shore and may at times catch glimpses of their construction.

The town today, with its wide, palm-lined avenues and gardens overflowing with tropical vegetation, is a place of considerable economic and commercial importance. Bahir Dar’s two markets are both worth a visit: the general market, displaying colorful woven cloth and a wide range of supplies (including coffee); and the roadside market, specializing in baskets. There are also a variety of handicraft and weaving centers.

It is only a five-minute drive from the town, across the Blue Nile bridge, to the spot where the famous Blue Nile river flows out of Lake Tana. Take the second turning to the left after the bridge, where a signpost directs visitors to the Blue Nile Children’s Home and Training Center, and continue to the lake’s edge. The area by the lake is remarkably rich in bird life.

Emperor Haile Selassie’s modest palace is on a small hill to the right of the road about two kilometers (one and a half miles) along the main road after the bridge. A  signpost marks the  turnoff  to the asphalt road leading to the palace, which overlooks  the   river  at   a   spot where hippopotamus are sometimes seen and offers a chance to inspect part of the monarch’s private library, reception room, bedroom, and bar. Tours can be arranged through tour agents in Addis Ababa.

Bahir Dar, though bustling and pretty, is often looked at as just a base from which to visit the area’s two main attractions: the Blue Nile Falls and Lake Tana.