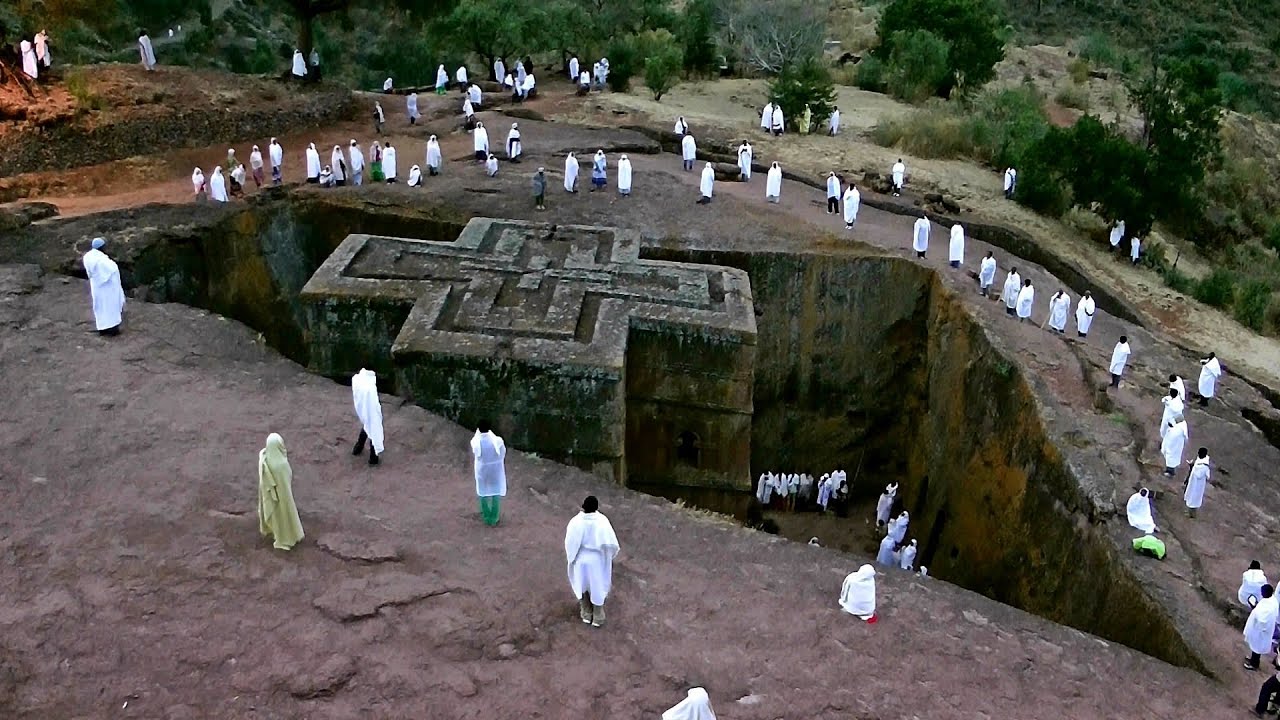 Lalibela is history and mystery frozen in stone, its soul alive with the rites and awe of Christianity at its most ancient and unbending. No matter what you’ve heard about Lalibela, no matter how many pictures you’ve seen of its breathtaking rock-hewn churches, nothing can prepare you for the reality of seeing it for yourself. It’s not only a World Heritage site, but truly a world wonder. Spending a night vigil here during one of the big religious festivals, when white-robed pilgrims in their hundreds crowd the courtyards of the churches, is to witness Christianity in its most raw and powerful form.

The Lalibela churches take their form, placement, and orientation from both geological features and structures within the complex. While precise dating for the complex and its components has yet to be determined, scholars generally agree that it was constructed in four or five phases between the seventh and thirteenth centuries. Ethiopian tradition ascribes the whole complex’s construction to the reign of King Gebre Mesqel Lalibela (r. ca. 1181–1221). According to the king’s hagiography (gadl), Lalibela carved the churches over a period of twenty-four years with the assistance of angels.

Carved into a rocky massif located approximately 2,630 meters above sea level at the base of Mount Abuna Yosef, the complex consists of two groups of churches and a single church divided by the river Yordannos (Jordan).

Biete Ghiorgis stands to the west of the southern group. A system of pathways links the churches and attendant ecclesiastical structures, including tombs, catacombs, and storerooms. Passing through this trench and tunnel system adds a physical dimension to the spiritual journey of moving between churches: narrow pathways guide visitors into a single file, allowing them to symbolically descend into the earth and up into heaven as a group.