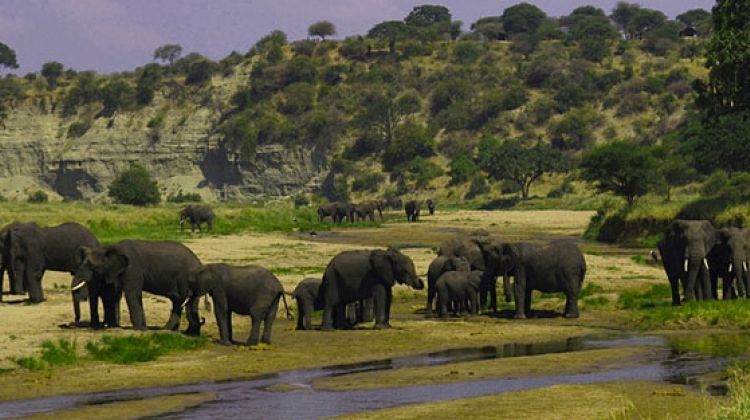 The Selous Game Reserve is the largest protected game reserve on the African continent covering an area of 54,600 square kilometers comprised of a vast wilderness with forests, grassy plains, mountains and open woodlands. This reserve was named after Frederick Selous Courtney who was a great Hunter and explorer. Selous Safari Holidays are highly recommended as in size this reserve is twice the Serengeti National Park in Kenya and three times Kruger National Park in South Africa. This reserve was established in 1922, and in 1982 it was declared a UNESCO world heritage site thanks to its rich diversity of wildlife and uninterrupted nature.

The reserve is located in the southern part of Tanzania along the southern Tanzania safari circuit and offers the best escape from the large tourist crowds in the northern safari destinations like Serengeti while offering you a remarkable wildlife experience. It is considered to be among the hidden gems in the county and offers a wide range of Selous Game Reserve Camps for accommodation. The reserve is located about 219 kilometers from the busy city of Dar es salaam and may take about 4 hours drive.

When to visit Selous?

Selous Game Reserve is divided into sections, only some of which are open for tourists. But in those that are, large numbers of elephant, buffalo and wildebeest roam. The reserve is also home to the black rhino, giraffe, zebra, kudu, hartebeests, elk, hippo, lion, leopard, wild dogs, as well as puku and sable antelopes.

The area is very vast resulting in long game drives to cover the diverse habitats of the park. But it is a pleasure to drive around in the early morning with breakfast at hand or in the late afternoon with a cold drink. This really is a paradise for African safari enthusiasts!

Visit Selous in the dry season

The best times to visit Selous GR are during the cooler, drier season from June to October, and into November, December and January. Much of the reserve is inaccessible between March and May as a result of strong rains.

The Rufiji river runs through the middle from which five lakes formed making up the popular game drive area. You will find the most animals near these water bodies including large prides of lions (up to 20 members in each pride). Because the terrain is flat and open, the lions tend to congregate here in search of prey. Boat safaris down the river or around the lakes are also possible.

Can I do  Walking Safari in Selous Game Reserve?

Selous game reserve is one of the few places in Tanzania where you can do an exciting walking safari which will bring you up close with Giraffes, gazelles and even Elephants! An armed Ranger is there to protect you and tell you more about the different trails of animals you will find along the way.

Accomodation: Where to stay in Selous Game Reserve