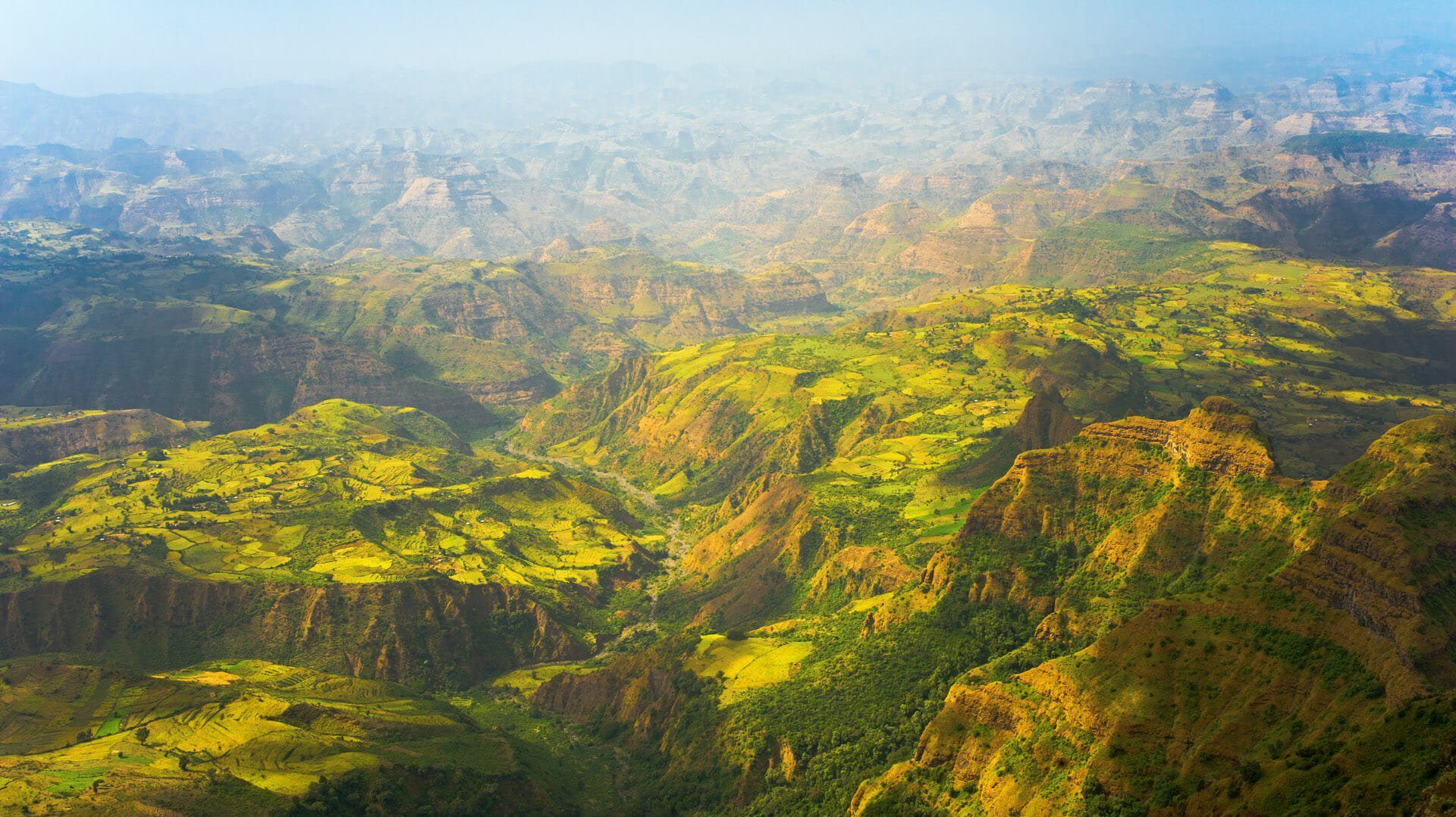 The Simien Mountains National Park is one of the major highlands of Africa. At 4,620 metres, Ras Dejen rises to the highest point in Ethiopia – the fourth highest peak on the African continent. The dramatic landscape of the Simien Mountains is the result of massive seismic activity in the area about 40 million years ago.

Simien Mountains is home to some of Ethiopia’s most iconic endemic mammals, alongside fantastic birdlife and flora that includes six-metre-high giant lobelias and fabulous stands of red-hot pokers. The park is best known for its population of geladas and, with an estimated population of 7,000 individuals, is regarded as something of stronghold for the species. With their thick golden mane and heart-shaped red chest, these magnificent animals are typically found in family groups of 20-30 individuals but often come together in mega-troupes of over 500 animals. The rareness of the species residing in the Simien Mountains led to the formation of the National Park and its listing as a World Heritage site in 1978.

The area is home to traditional nomadic and rural populations, who survive in this harsh climate with few natural resources.