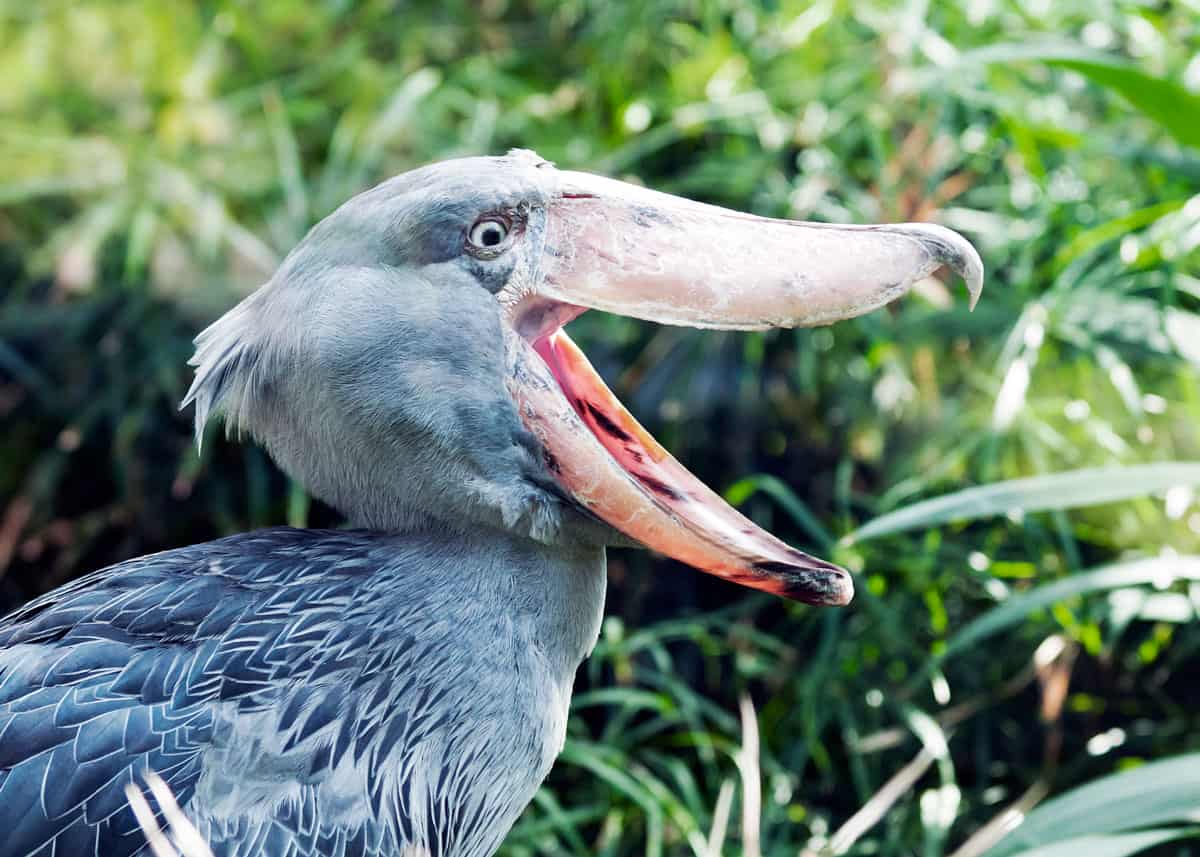 Day 1: Entebbe and its environments

Uganda, is known as Africa’s premier birding destination with the 7-Days Uganda Birding Safari & Wildlife Tour promising you a birding heaven compiling a list of bird bird species found in Uganda topping a whopping 1061 in numbers. Many of these birds live only in these tropical forests with rare sightings being described as “mythical” while it is believed that some of the birds living in the remote forests of Uganda may not even be classified as of yet!

Embark on the 7-Days Birding Uganda Safari  and meet some the birds of Uganda in Entebbe, lake Mburo national park, Queen Elizabeth national park and Fort portal rain forests on this safari.

Have lunch at Entebbe town and then connect to Uganda Wildlife Education centre, a home to captive animals.

The educational-intergenerational centre has got over 250 species of birds which include the rare shoebill stork, parrots, ostriches, and seven species of weavers, such as the rare Northern Masked Weaver and Orange Weaver, among others.

Return to your hotel for dinner and overnight.

After breakfast drive to Mpanga Forest located 37 kilometers west from Kampala along the Masaka / Kampala Rd. The forest is endowed with prolific birdlife as well as impressive tree species.

While on the trail expect seeing birds such as the blue breasted king fisher, African pied hornbill, spotted greenbul, black and white casqued hornbill, the great blue Turaco and the African grey parrot, Uganda woodland warblers, among others. Drive to Masaka branching off to Lake Nabugabo-a lagoon lake which was encircled off from Lake Victoria.

The lake is endowed with a number of birds most especially water birds such as Herons, Lesser jacana and other water birds. Have lunch and proceed to Lake Mburo National park situated in south Uganda. Dinner and overnight at Rwonyo Camp/Mantana Luxury Tented camp.

Apart from birds expect seeing animals such as elands, antelopes, zebras, topis, impalas, and several Acacia -associated birds. Take on a boat ride on Lake Mburo from where you may see a variety of wetland birds as well as animals such as Hippos. After lunch check out of the Lodge and drive to Queen Elizabeth National park passing through the beautiful countryside. Enjoy the evening game drive through the park as we connect to our Lodges for dinner and overnight. Mweya Safari Lodge/Jacana Lodge

After breakfast, go for an early morning game drive through the park. On the drive you will not only see the wild but also different bird species found in the park. From the open grassy plains, you may see different birds such as the Saddle billed stork, White and Abdims Stork, Brown Snake Eagle, Wahlberg’s Eagle, Bateleur, African harrier-hawk, Marsha Eagle and Grey Kestrel among others.

After the drive return to the lodge for relaxation as you wait for your lunch. In the afternoon, proceed to the Kazinga channel for a launch cruise. While on the cruise you may see different animals such as hundreds of hippos, elephants and many migratory bird species, such as the Grey headed Gulls, White winged black Terns, African skimmers, Mourning Dove, Water Dikkops, Great white and Pink-Backed Pelicans, Great and Long-tailed Cormorants, among others. Return for dinner and overnight at Jacana Safari Lodge

Take on a morning game drive through the park. After lunch drive to Fort portal town-a beautiful town overlooking the legendary mountains of the moon. Visit the Crater lakes region and later transfer to your accommodation establishment for dinner and an overnight Ndali Lodge/Crater Valley Kibale.

After breakfast drive to Bigodi swamp which is endowed with a great variety of birds. On the beautiful nature walk expect to see birds such as the Great Blue Turaco, Papyrus Canary, and White Winged Warblers. Proceed to the forest for a short walk where you will see different primates, tree species and forest birds.

After lunch, visit the Crater Lakes region where you may see birds such as the White Spotted Fluff-tail, Scaly-throated Honey-guide, Blue Headed Coucals, Yellow Billed Barbet among others. Return to your Lodge/Hotel for dinner and overnight.

After breakfast, depart leave the beautiful Fort portal town for Kampala. Have a stopover at Mubende for lunch and take a sho