Birding Ecotours Birding Uganda will bring you to a birding paradise, with over 1073 recorded bird species, accounting for 50 percent of Africa’s bird species and 11 percent of the world’s species. This massive bird list is housed inside a small territory of about 90041 square miles (roughly the size of Britain), resulting in one of Africa’s highest concentrations of birds per square kilometres. Birding in Uganda rewards with simple sight of many birds in a small area or over a short amount of time.

The enormous diversity of habitats that no other location in Africa can match is why Uganda has such a diverse bird population and attracts so many migrant birds throughout the year. Uganda is unique in that it shares Africa’s major ecological zones (apart from the sea), each of which has related bird species, many of which are range restricted.

Africa has some of the world’s top birding watching holidays. Birds play an important role in the African landscape. Even on a african wildlife safari, you can expect to encounter brightly coloured bee-eaters and rollers, as well as bold eagles and ostriches. Africa tops the list for seeing a significant number of species on a regular safari holiday since it is dominated by open grasslands rather than deep rainforest. Many of the best African safari places have a list of over 500 bird species. These include the Serengeti National Park in Tanzania, and Queen Elizabeth National Park , Rwenzori National park (Uganda). A specialised led safari Birding Ecotours Birding Uganda can enhance your seeing prospects if you’ve been bitten by the birding bug.

Up to 34 Important Bird Areas (IBA) exist in Uganda, several of which have been established for birdwatching and birding trips. In addition, the Ugandan birding community is identifying new bird-rich areas across the country and building birding trails. Most birding areas in Uganda have native site guides who have been educated in bird identification and can identify all of the resident species from mount Rwenzoris to kidepo

With its known biodiversity of trees, plants, butterflies, and birds, Bwindi is East Africa’s richest forest. The forest is home to 400 plant species, 350 bird species, and 120 animals.

Although gorilla trekking is the main activity, the forest provides an opportunity for bird watchers to view many bird species, making Uganda one of the leading locations for bird lovers in Africa for Birding Ecotours Birding Uganda

The historic Bwindi is a bird watchers paradise, comprised of numerous natural habitats that promote the survival of the birds in this habitat, and so during your Gorilla trekking Bwindi will provide you with the opportunity to spot many types of birds.Birding Ecotours Birding Uganda 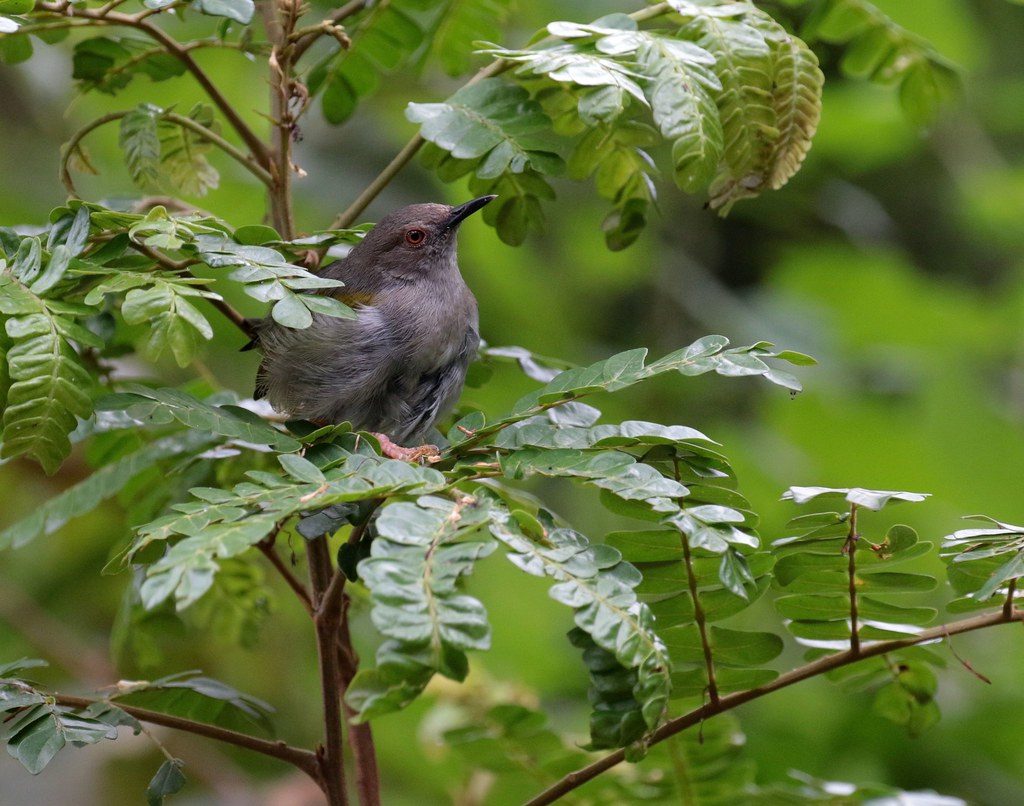 The Mabamba Swamp is one of Uganda’s many excellent birding habitats on your Birding Ecotours Birding Uganda, Mabamba will be one of your first destination. Mabamba (Lungfish Wetland in Luganda dialect) swamp is strategically located near Kampala and Entebbe, allowing birders to see many of Uganda’s renowned birds while not having to go to far away parks.

Your Birding Ecotours Birding Uganda is not complete without Entebbe Penisula ! This penisula offers Birding Ecotours Birding Uganda possibilities, particularly for water birds, with a diverse range of land species. For visiting birdwatchers planning a long birding vacation to Uganda, the Entebbe Peninsula is a must-see, and it will set the tone for your birding tour in Uganda after you arrive at Entebbe International Airport. However, for a quick birding tour, say a half or full day, the Entebbe Peninsula is one of the recommended destinations that is easily accessible from Kampala.

Birding the lakeshores yields a good number of water species, as do other habitats near the lake such as forests, open area, forest, and gardens. Along the lake, there are various Lake Victoria Biome Restricted Species. Over 100 species have been reported at three common sites throughout the peninsula, and the optimum time to visit is from early September to early March, when many palearctic migrating birds arrive:

Lutembe Bay Wetland is an Important Bird Area (IBA) on Lake Victoria, located about 4 kilometres from Namulanda on the Kampala-Entebbe route. The Lutembe Wetland is not a famous Uganda birding location, at least not as prominent as the Mabamba Swamp, another Lake Victoria Ramsar site well-known for Shoebill sightings. However, it is a site that will provide you with a superb check list of many species, including some that are difficult to find.

Lutembe Bay, a wetland on Lake Victoria, is home to many water and wetland-associated species, but the site goes beyond the papyrus-filled lake side to include more forested grasslands, thickets, and gardens, all of which contribute to the great diversity and volume of birds in the Lutembe area. The Lutembe area is home to almost 200 bird species. The wetland is home to eight of Uganda’s twelve Lake Victoria biome species. From September to March, possibly the finest period for birding and compiling a long list at Lutembe, as many Palearctic visitors arrive, including White-winged Terns, Slender-billed Gulls, Gull-billed Terns, Madagascar Squacco Heron, Greater Cormorants, and Black Heron. Lutembe also hosts a number of intra-African migrants in addition to the Paleartic guests. Birding Ecotours Birding Uganda

Bird watching is a popular activity at Kidepo National Park, which may be conducted early morning or late in the evening with an expert park guide who is informed about various bird species. There are top birding areas in Kidepo Valley National Park, such as around Apoka rest camp, the outskirts of Narus valley, and Namamkwenyi valley, among others, where you can see various bird species such as superb sterling, ostrich, Abyssinian ground hornbill, clappertons francolin, purple heron, secretary bird, little green bee-eater, Kori bustard, and others.

Murchison Falls is one of Uganda’s top birding attractions, with over 451 bird species, include Albertine Rift endemic species, water birds, and savannah birds. One of the most exciting activities on a Ugandan trip is bird viewing amid Murchison’s stunning terrain and spectacular fauna. The park is located in the country’s northwest, around 305 kilometres from Kampala and a 4 hour drive by car.Among the birds found in the park are the Gray-crowned crane (Uganda’s national bird), Giant Kingfisher, Giant Heron, Shoebill stork, Abyssinian Ground Hornbills, Nightjars, Marabou stork, Black-headed lapwing, and Back-bellied Bustard.

This tour will take you to some of the best birding spots in Uganda, including Mabamba Wetlands for Shoebills, Kibale Forest National Park for Green-breasted Pittas, Queen Elizabeth National Park for Temminck’s Coursers, Bwindi Impenetrable Forest for Albertine Rift Endemics, and Lake Mburo National Park for the African Finfoot.

On this 13 Day Birding Ecotour in Uganda, Watch out for the green-breasted pitta’s bright feathers, rare shoebills, and the towering crests of Uganda’s national bird, the gray-crowned crane. Lake Mburo is also the only spot in Africa where you may witness the aquatic African finfoot. Ornithologists and birders will love Uganda’s wildlife viewing opportunities.

Uganda is an undiscovered  birder’s paradise waiting for you. It is home to over 1000 bird species, such as the rare shoebill stork. On this 5 Days Birding Ecotour you traverse the most important areas for spotting plenty of the rare and highly sought-after birds, including the pitta and the African finfoot, to name a few.

This 8-day birding ecotour safari in Uganda, will take you to key birding sites like Mabamba Swamp, Queen Elizabeth National Park, Bwindi forest National Park for Gorillas and Birding If you enjoy bird watching, this itinerary will take you to several locations in Uganda. We will be able to see a variety of endangered species, like the shoebills.

Bird lovers from all over the world come to Uganda to complete their birding bucket lists. A iconic Africa fish eagle calling high from a riverine perch or flocks of Abyssinian ground hornbills matching with comic through the savannah may take your breath away, even if you have no interest in birds. On your Uganda birding tours, keep an eye out for the following iconic Ugandan birds:

What to Pack on your Birding EcoTour in Uganda

The country experiences a tropical climate and its near  the equator, Uganda enjoys pleasant weather all year round, with temperatures ranging from 18 to 33 degrees Celsius during the day and slightly cooler at night.

Uganda has two rainy seasons, which last from March to May and then again from late September to November each year.

In August, Uganda welcomes African migrant birds from southern Africa  Several cuckoos, such as the Barred Long-tailed Cuckoo, spend the summer in southern countries
They also include Endangered Blue Swallow, which breeds in high altitude grasslands of Zimbabwe, and Malawi before migrating to a completely different habitat. These birds tend to come to Mabamba swamp

The dry months of June, July, August, and September make travel more dry and ensure that your Birding ecotour will not be disrupted by heavy rain.
During this month, there is also plenty of food for the rest of Uganda’s amazing wildlife. This may make primate viewing more successful, as figs, which are loved by all kinds of great apes and smaller monkeys, are abundant.Birding Ecotours Birding Uganda

Summer is the time when most people in the USA , Australia and Europe tend to want to go for that tropical birding holiday. We have made a list of tips to see more birds on your tropical birding tour.
1. Maintain silence. Loud noises alarm birds, causing them to flee for safety. It is extremely difficult to sneak closer to birds because they have considerably greater hearing than you can imagine!  However you could come closer to tropical birds if you make as little noise as possible.

2. Avoid making sudden moving up close to tropical birds. Both loud noises and quick movement  are known to scare away tropical birds. To be abale to get close to birds you need to be a good stalker, moving slowly and carefully. A sudden move even when swinging your binoculars up to your eyes, can cause a bird to fly away. The more closer to tropical birds the more you should make slow moves

3. Investigate the habitat. Each bird is uniquely adapted to its environment. Great blue turacos enjoy forested and swampy area while Shoe bill stork require a swamp and African jacana prefer savanna grasslands. What you see will be influenced greatly the tropical birding destination you choose

4. Have patience. Bird watching typically entails being patient and waiting for the birds to appear in the best position so that you can photograph it

6. Get the sun behind you. When the bird is between you and the sun, colour fades and the bird you’re attempting to identify may become a dark shadow.

7. Experiment with pishing. This tactic involves making little noise by blowing air through your closed teeth to make a low whistled pish. Small tropical birds are drawn to such sounds and will frequently fly into view to explore.

8. Dont wear bright color cloths. Most tropical birding tours involves  birds that have poor colour vision, however bright attire, such as whites, will contrast with the surrounding environment and make movement appear more visible. To blend into the background, wear khaki cloths. There is no evidence that camouflage clothing is more effective than neutral, dark clothing.