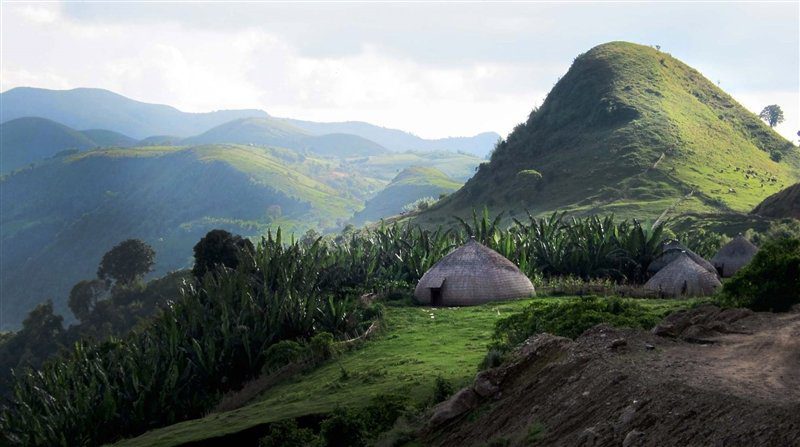 Located 400km southeast of Addis Ababa, Bale Mountains National Park contains a spectacularly diverse landscape. The high altitude, afro-montane Sanetti Plateau rises to over 4,000m and includes the highest peak in the southern Ethiopia highlands. This undulating plateau is marked by numerous glacial lakes and swamps and surrounded by higher volcanic ridges and peaks. The southern slopes are covered by the lush and largely unexplored Harenna Forest.

The National park has abundant wildlife with 300 species of bird and 78 known mammal species, including the endemic Nyala antelopes, Menelik bushbucks and the Ethiopian wolf which is the world’s rarest canid. Visitors are almost always guaranteed a sighting it even if it’s very rare on your safari.

What to do in Bale Mountains National Park.

The Bale mountains are the ultimate destination for hikers, wildlife watchers, culture and nature enthusiasts, bird watchers and more!. This trekking tour is applicable in seven days and six nights of stay. Since most of our nights are in camping, all the necessary equipment are included. Beside Mountain guide, park Scout, camp Cook and mule Tender are also provided. Mules or horses carry all equipment including luggage.

Come face-to-face with an Ethiopian wolf

It used to be just scientists who would visit the Bale Mountains to see the Ethiopian wolf. But these days there are also tourists who do the same, because it’s the only place where you can see this endangered animal in the wild. It’s incredible to see this predator hunt its favourite food: the big-headed African mole-rat. A good place to spot them is the Sanetti Plateau, though you could also see them on the Kotera Plain. Head out early in the morning, and make sure you have lots of time, so you can observe how this animal hunts, how they interact and how they react to humans. The best way to see them up-close is from a car on the Sanetti Plateau, as they are not scared of cars, but if you approach them on foot they often keep their distance.

If you really want to get to know the area, you can hike the Bale Mountains for several days. You can pitch a tent or use the hikers’ huts. The longest, and most popular, trail takes six days. You can start in Dinsho and take about four hours to walk to Sodota, and spend about the same amount each day walking to Rafu, then Sanetti, Worgona and back to Dinsho. If you’re staying in the huts, make sure you bring your own sleeping bag and food, but pots and cooking utensils are supplied.

Cool down at a waterfall

One of the many waterfalls in the Bale Mountains is the Finch’ Abera. It’s a relatively easy three-hour walk from Dinsho. You can camp nearby at the Sodota campsite.

Wander among dozens of antelopes

This walking safari is special. In the area around the headquarters of the Bale Mountains National Park, many animals have gotten quite used to humans. So this is one of the very few places where you can walk amongst animals you can only find in this part of the world. The impressive mountain nyala or balbok, for example, and the bohor reedbuck and imbabala. If you’re lucky, a graceful Colobine monkey might come and say hi. You can generally get within twenty metres of most animals. If you’d like to take photos, go early in the morning or in the late afternoon. The Bale Mountains headquarters are in the northern part of the park near Dinsho. You’ll only be allowed to head out with an assigned wildlife guide, so make sure you check in at the headquarters to do so. Another place to walk amongst wildlife like this is in the Gaysay Valley, just outside Dinsho.

Mount Tullu Dimtu (Tulluu Diimtuu) is the fourth highest peak in Ethiopia, and is 4.377 metres high. If you’ve got an all-wheel-drive car you can drive to the top where there is a small meteorological station. You can also walk up. Make sure you say hi to the park ranger here, and perhaps give him a treat, he’s always happy to see people and will appreciate your gesture very much.

The wet season in the Bale Mountains starts in March and lasts until September, but if you go straight after you’ll see lots of wild flowers.

The best chance of nice weather is in between December until march, but this cannot be guaranteed in the mountains. It can get misty any time and completely ruin the view. It can also get misty in the lowlands, even when the sun might shine of the Sanetti Plateau.