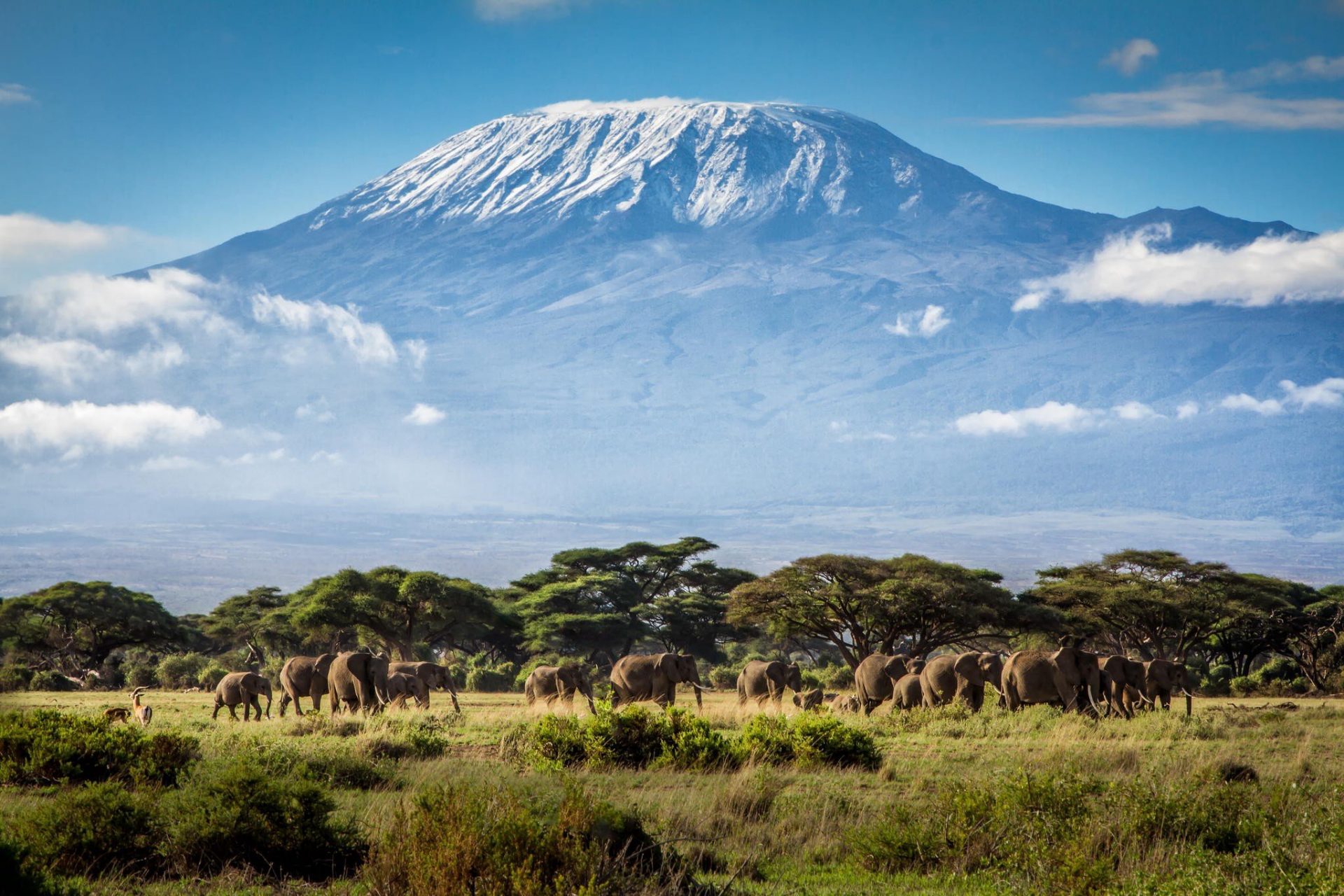 Mount Kilimanjaro is Africa’s highest peak with (5,895 m). Mount Kilimanjaro National Park, unlike other parks in northern Tanzania, is not visited for the wildlife but for the chance to stand in awe of this beautiful snow-capped mountain and, for many, to climb to the summit. Mount Kilimanjaro can be climbed at any time, although the best period is from late June to October, during the dry season.

Kilimanjaro, a World Heritage Site, was formed over 1 million years ago by volcanic movement along the Rift Valley. Three volcanic cones – Shira, Kibo, and Mawenzi – came to be about 750,000 years ago. The highest point is Uhuru Peak on Kibo, which is one of the Seven Summits of the world.

The mountain rises from farmland on the lower level to rainforest and alpine meadow and then barren lunar landscape at the peaks. The slopes of rainforest are home to buffaloes, leopards, monkeys, elephants and eland. The alpine zone is where bird watchers will find an abundance of birds of prey.

In 1973, the mountain and its six surrounding forest corridors were named Kilimanjaro National Park in order to protect its unique environment. The park was named a United Nations Educational, Scientific and Cultural Organization (UNESCO) World Heritage site in 1987.

Rising majestically above the African plains, the 20,000-foot Mt. Kilimanjaro has beckoned to climbers since the first recorded summit in 1889. Here are 10 interesting facts to help inspire your own future summit: