Mountain Rwenzori has are the highest Mountain ranges in Africa. They are found between the border of Uganda and the Democratic Republic of the Congo. Mount Stanely is the highest peak of the Rwenzori reaches 5,109 metres (16,762 ft), it is permanently snow-capped and glaciated. Mountain Rwenzori with the legendary Mountains of the Moon, claimed by the Greek scholar Ptolemy as the source of the Nile. Virunga National Park in eastern DR Congo and Rwenzori Mountains National Park in southwestern Uganda is located within the range.

Uganda’s Mountain Rwenzoris National Park is situated in Kasese town and can easily be accessed by plane or road. Via Road from Kampala the country’s capital. The Rwenzori mountains ranges cover up to approximately 120 kilometres (75 mi) long and 65 kilometres (40 mi) wide and is currently under the administration of the Uganda Wildlife Authority (UWA).

This safari park is one of the best destinations for those looking to hike far away from crowds in other mountains in Africa and the world.

More about the mountains of the moon

Visiting mountain Rwenzoris will take you to Africa’s third, fourth and fifth highest peaks see alpine vegetation, glaciers, snowfields and lakes which make it one of Africa’s most beautiful mountain parks.

It is also home to five distinct vegetation zones, different endangered species and the richest montane flora in Africa.

When is the best time to hike Rwenzori Mountains?

Mount Rwenzori National Park is located along the equator and because of this; most parts are wet compared to other parts in East Africa. The highest rainfall amount is experienced in the eastern slopes and rains kick start from March to May and from September to mid-December. For excellent tour, you can opt to travel to this park from June to September as most parts remain relatively drier.

How to get to Mountain Rwenzori national Park?

To get to this park the Rwenzori Mountains, you need about 5 hours or more to drive from Kampala to Kasese. You can Rent a car in Kampala. The popular routes include the Kampala-Fort Portal or Kampala-Mbarara-Queen Elizabeth or alternatively, take a flight from Kajjansi airfield 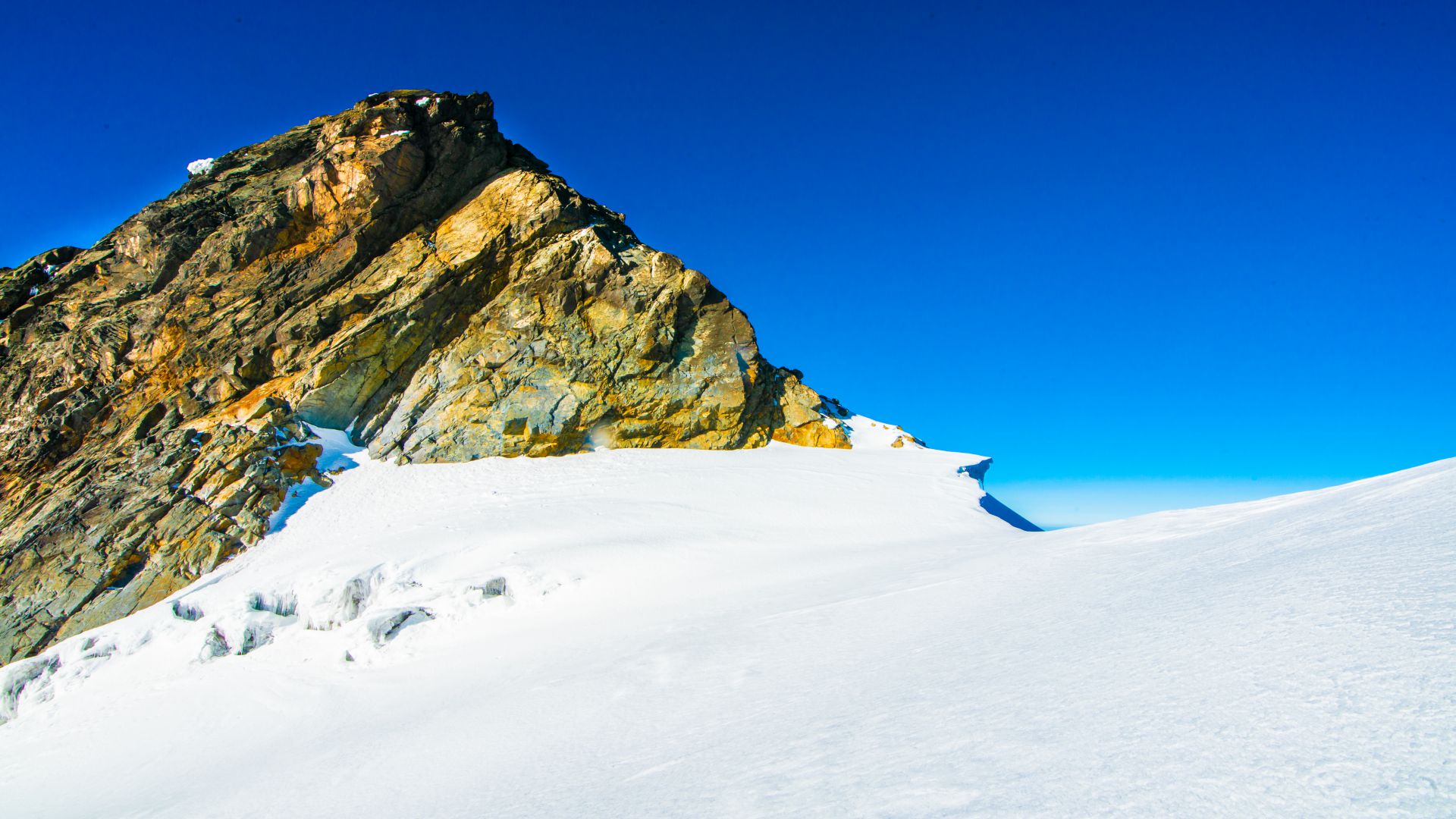 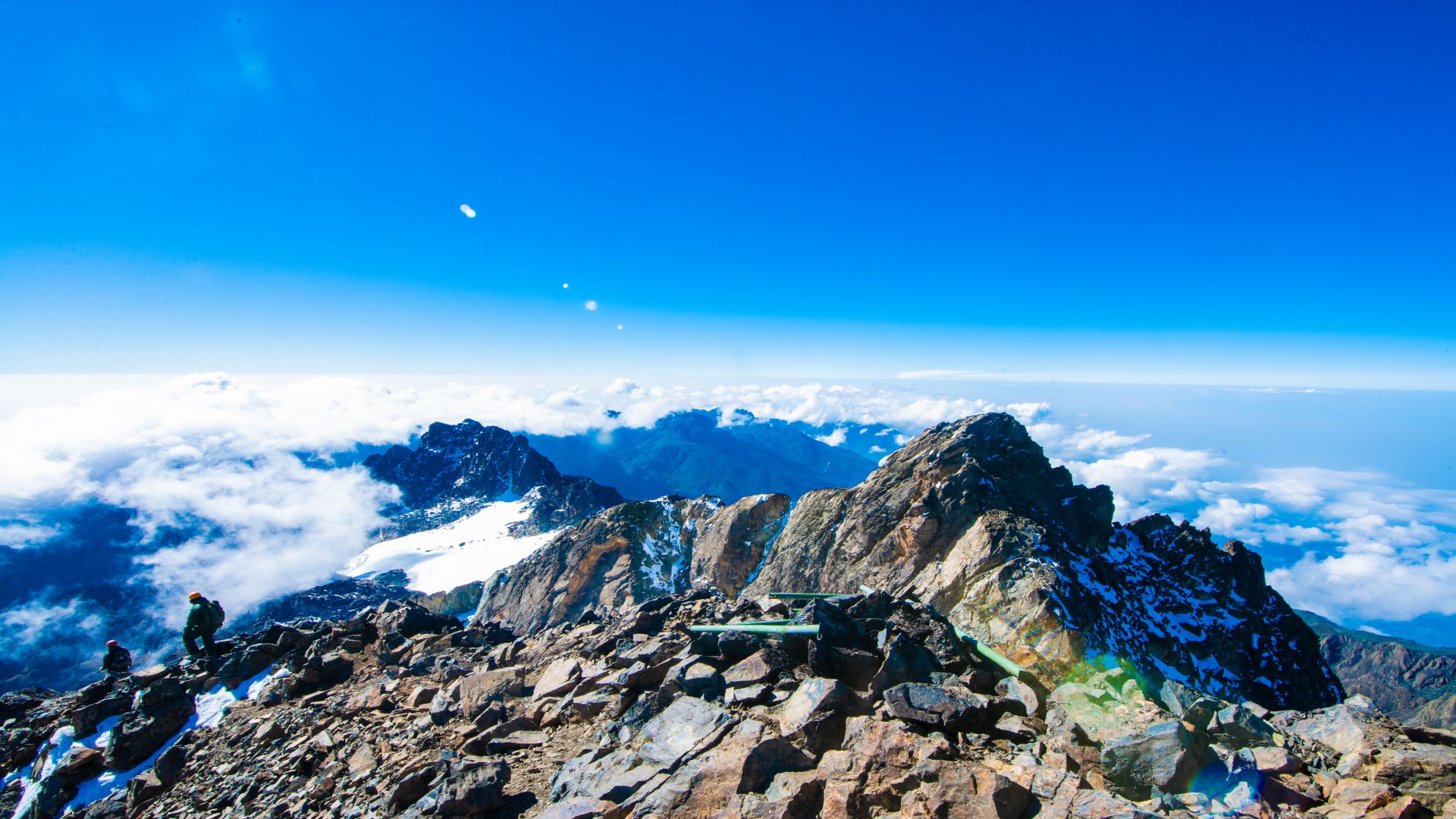 9 Days
Day 1: Entebbe – Rwenzori Mountain National Park After breakfast and the briefing on the 9-Day Rwenzori mountain hike we […]
0 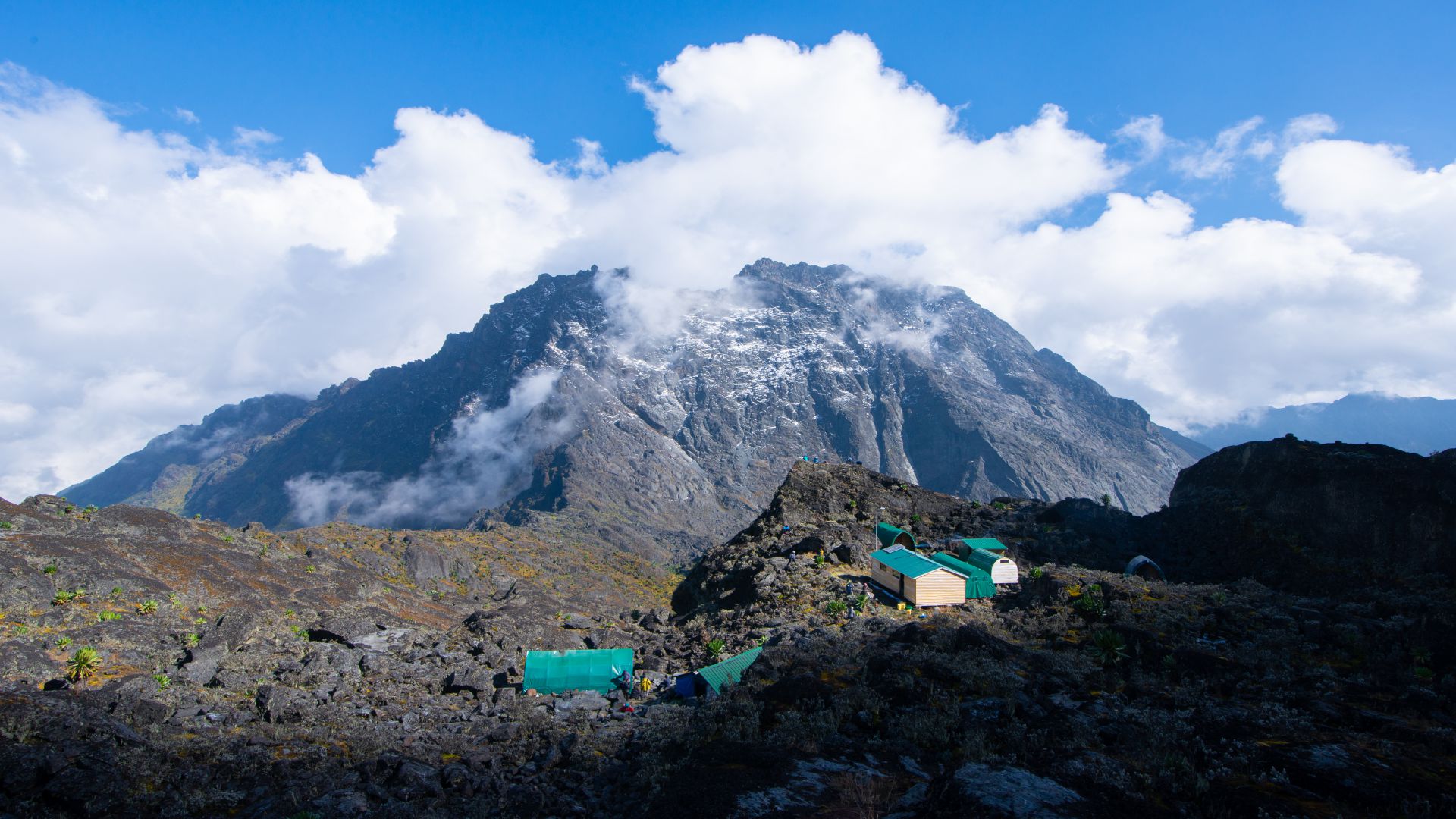 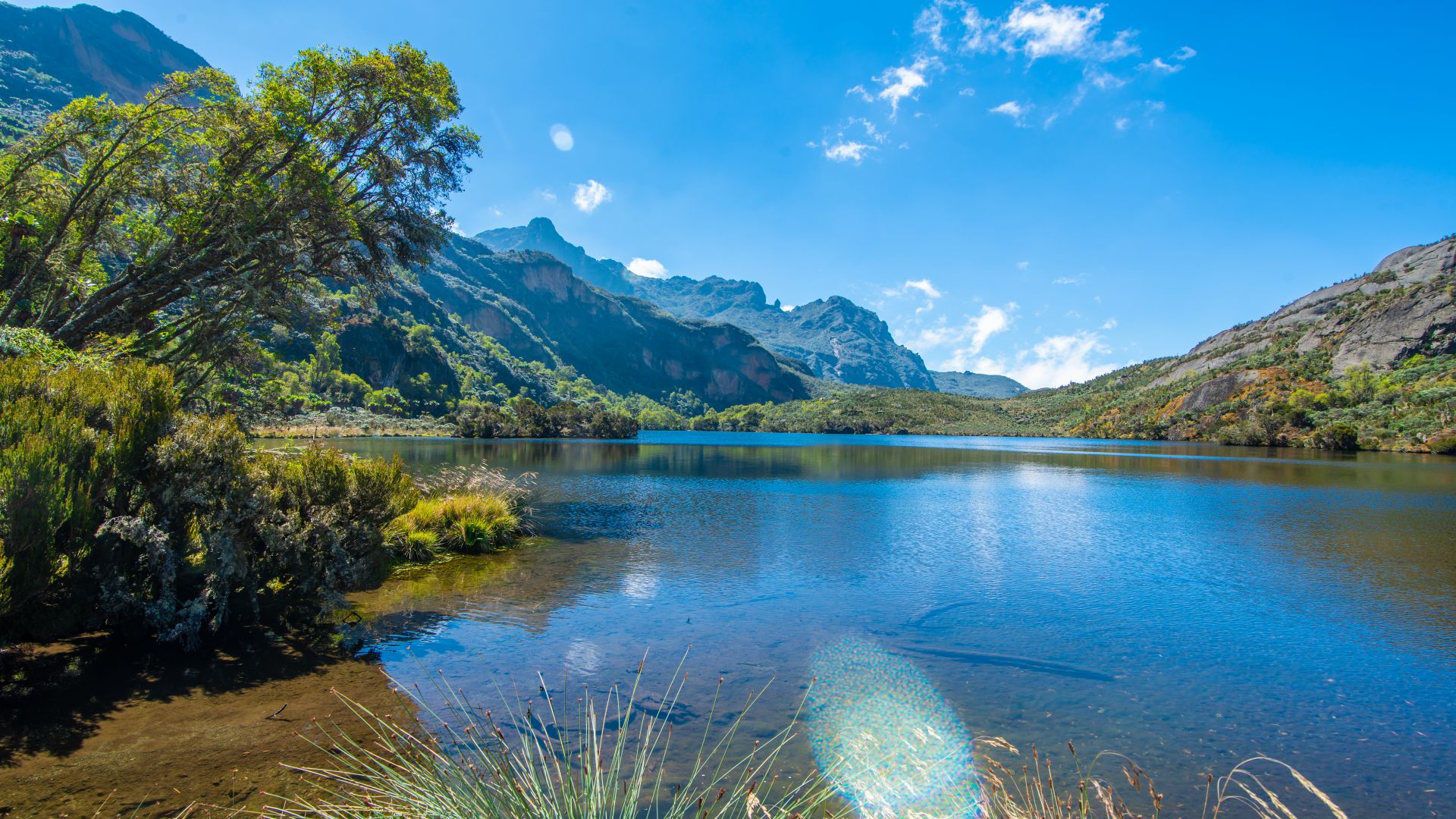 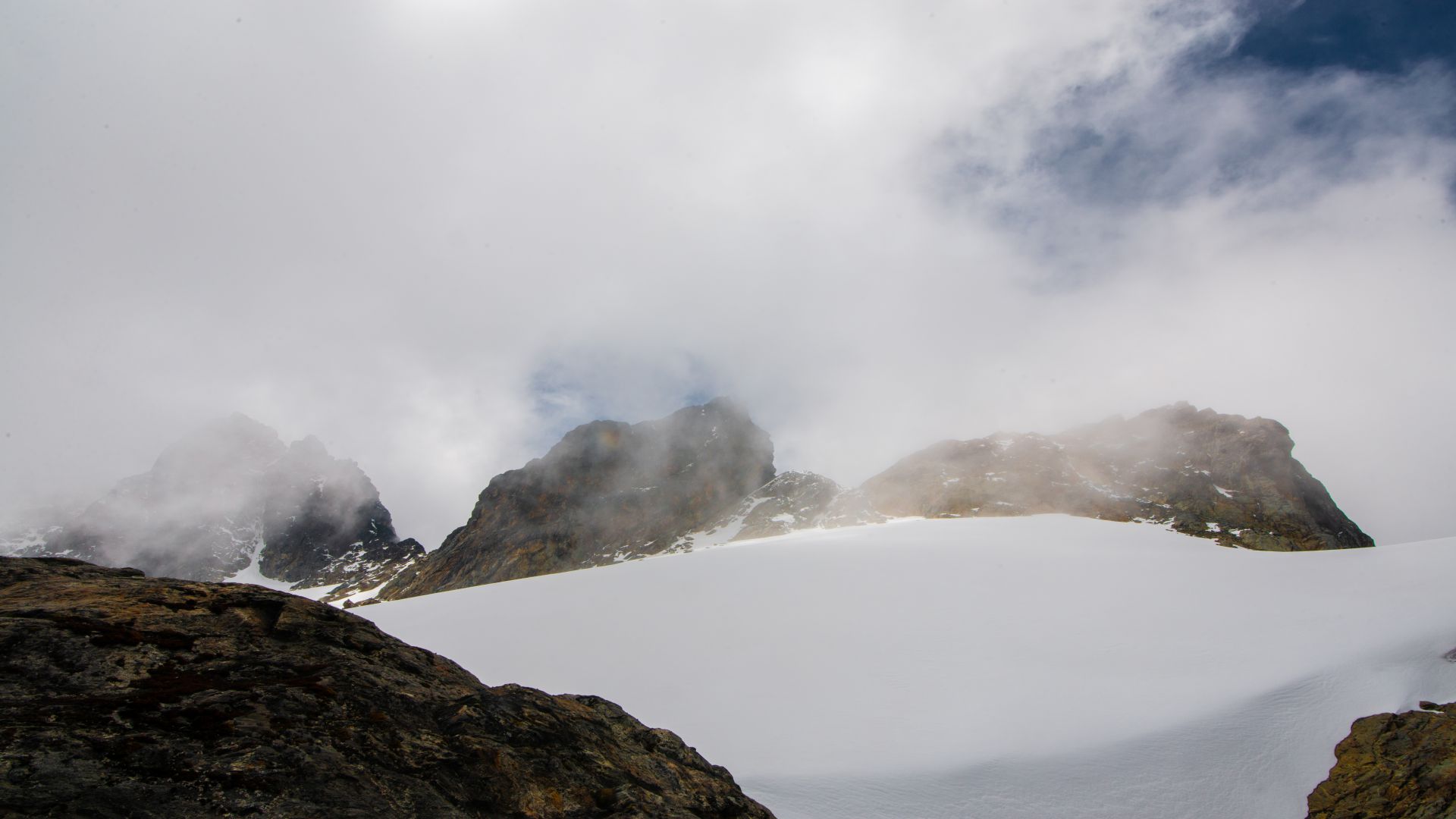 7 Days
Day 1: The Adventure Begins!  Welcome to Mountain Rwenzori National Park and it’s the time to start your 7-Days Rwenzori […]
0 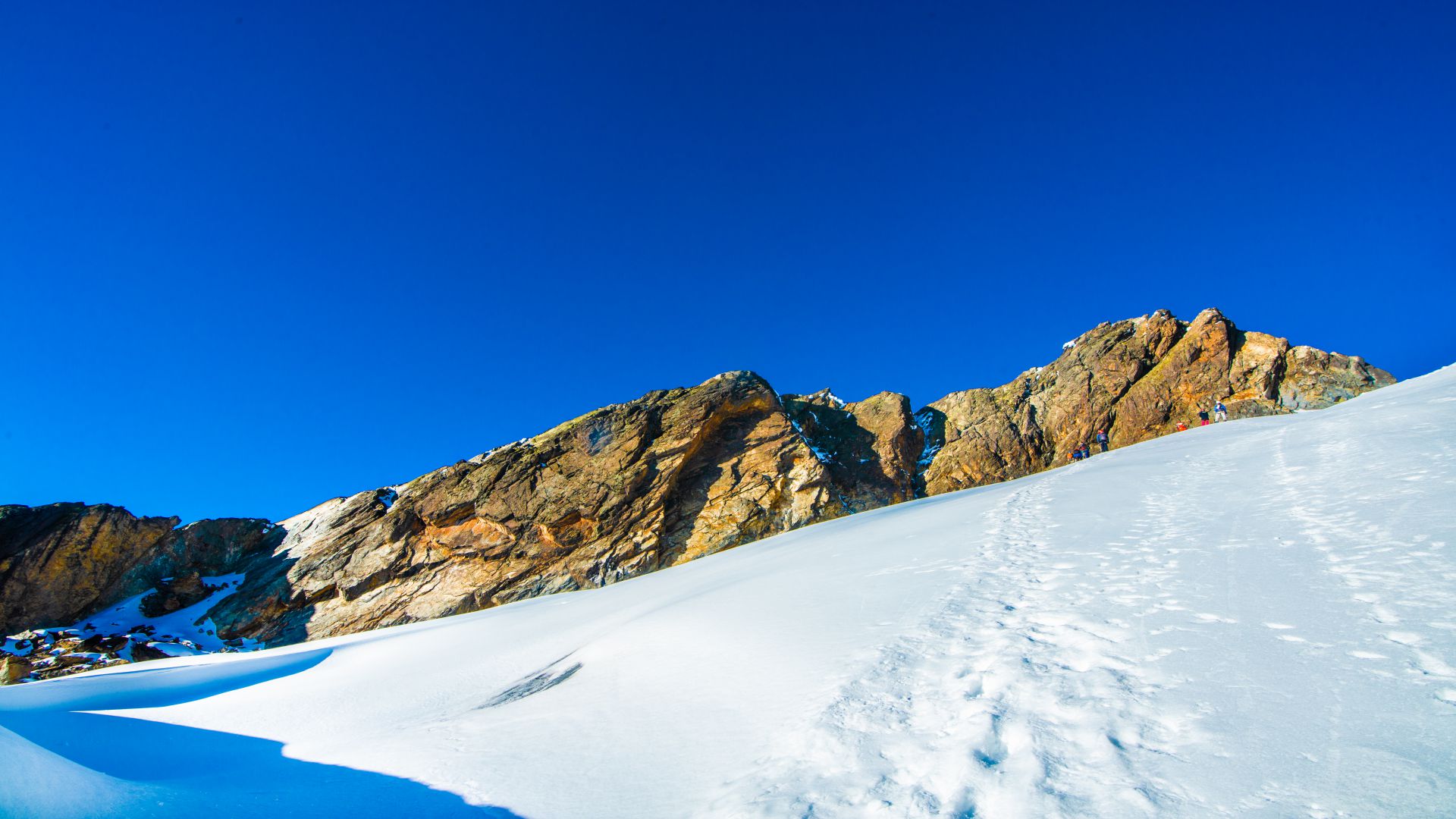 10 Days
Day 1: The adventure begins! This 10-Days Rwenzori Mountain Peaks will start with briefing in Kasese at the foot hills […]
0

3 Days
Day 1: Hike to the Sine Camp This 3-Days Rwenzori Mountain Hike requires you to have slept in Kasese town […]
0 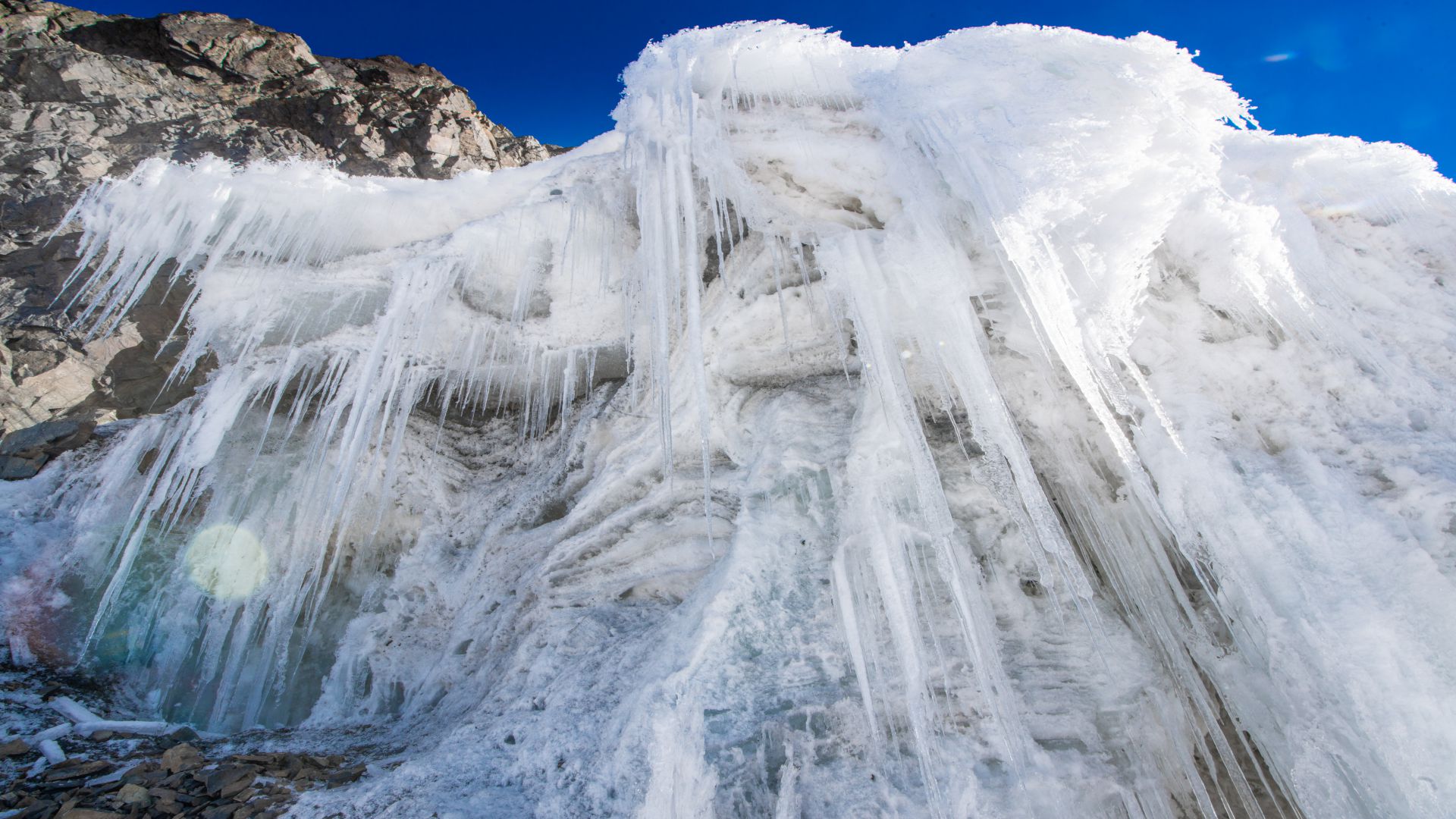 12 Days
This 12-Days Rwenzori Mountains and Primates express Tour will take you to Bwindi forest for a Gorilla trek, Kibale forest […]
0 Equator Snow is a sensational destination for the experienced mountaineer, the casual trekker or the ordinary traveler. Working in close collaboration with the Raboni Community and Rwenzori Mountaineering Services, a selection of mountaineering activities can be organized from Equator Snow Lodge ranging from guided mountain walks with low endurance hikes, to climbing the mountain peaks for the technically more competent. You may choose just to rest and relax at Equator Snow Lodge with its Spacious Mountain cabins, and wooden decks, it is designed for comfort and relaxation.

The Rwenzori Mountains have been declared a World heritage Site. Accordingly, the public restaurant, lounge and areas are designed around the history of the Rwenzori Mountains, with displays of significant historical illustrations. Come and experience the legend that has surrounded the Mountains of the Moon, as they were named by Greek historians more than two thousand years ago.

This camp gives you the best choice between a contained Banda, the furnished rooms with the natural finishing to hire and pitches your own tent; both of these options are with hot showers. Each of the bed is also fitted well with the mosquito net and these rooms are lit with hydroelectric power that gives you a chance of charging the gadgets. As you spend your time at this camp, you will enjoy the beautiful sounds of the bubbling streams as well as the views of the Rwenzori peaks from your different rooms or the restaurant veranda

This is the recent opened Kilembe trail that rises in the southern slopes of the Rwenzori from a trailhead at the Kilembe just near the town of Kasese. This route is along the Nyamwamba Valley that goes through the glacier lakes and the spectacular view points before joining the central circuit at Lake Kitandara. The standard route also shows Mount Baker has got scenery that makes shorter treks. It was opened in June 2009 and is one of the best trails in Africa, linking Kilembe to the various peaks in the Rwenzori Mountains

Ascending from Nyakalengija in Mahoma trail walking through the rainforests along the Kyambogho ride where Mahoma offers you an opportunity to have a scenic view of the Mubuku valley and the Rwenzori Mountains. As you move, you will expects to see blue monkeys, colobus monkeys, some birds like the Rwenzori Turaco, three horned chameleon. Having a long night from Omuka Kizza, you continue with the trail as moving through the bamboo and heather forest, this is where you expect to see some forest elephants or their footprints in this area

A short hiking adventure where you explore Mountain Rwenzori National Park and Culture of the people around the park. Therefore visiting culture tour and Nature walk to Rwenzori offers you an opportunity to see different trails with an experienced guide from the locals. Enjoy the cold breeze of Rwenzori spiced by the roar of the boulder filled River Mubuku where elated rewarding experience beings with eye-catching view of gigantic tree covered by the green canopy of giant ancient trees and plants through luxury  lovely forest

Visiting the numerous sites of great cultural value to the traditional occupants of the Rwenzori Mountains known as the Bakonzo people. Gazetted in 1991, the Rwenzori Mountains National Park is one of the UNESCO World Heritage Sites in Uganda (designated in 1994), covers an area of over 1000 square kilometers (386 square miles) and is popular for harboring Africa’s third highest Mountain peak as well as numerous Lakes, waterfalls and glaciers. It is also a home to several mammal species such as forest elephants, hyraxes, primates like black and white colobus monkeys and L’Hoest’s monkeys and many others as well as several bird species including the Rwenzori Turaco, the Rwenzori batis and the Archer’s Robin-chat among others

This is so challenging and a seven day climb will give you a rounded tour of the high Rwenzori. This trailhead is at Nyakalengija, 22 Km from Kasese off the Fort portal Road. Nyalalengija, where you finalize arrangements takes place. There is a campsite and safe parking near the office. From Nyakalengija, it’s a 10Km, Just from the trailhead at the Mihunga; the route raises the Bujuku Valley via Nyabitaba for the acclimatization before arriving at the peaks. Where you will join the central circuit after the Bujuku that passes the Scott Elliot as well as fresh field that goes through the Mubuku Valley

Activities to Do in Mountain Rwenzori Park

There are different activities to do in Mountain Rwenzori one can do in Rwenzori Mountain National park including a day hike, cultural Encounter, Hiking and nature walks, Mountain /Volcano Climbing, Bird watching, Village walks , biking/cycling among others

Mountain Rwenzori climbing / Trekking  activity is obviously the most popular  activity in Mountain Rwenzori  National park, To many it’s a dream to reach the 3rd highest point on the  African continent. It can take you up to 7 days to reach Magherita peak on Mt Stanely.  Each trail you take provides spectacular and rewardable viewing of glacial lakes, gorgeous viewpoints, dramatic mountain passes and lush valley. Read more about the routes here (…….)

The Mountain climbing activity can be booked through the website here  or else from a trustworthy tour operator check our labaafrica.com

Nature walk and day hikes are also some of the activities in Mountain Rwenzori hiking and nature walk in Mountain Rwenzori you will be lead by an experienced guide/ ranger to different trails and expect to see beautiful lake Muhooma, and Buraro chimp forest. Passing through communities of the Bakonjo that have inhabited this place for 100 of years

This activity in Mountain Rwenzori is organized by Ruboni Camp is call it shortcut option to the long and costly Rwenzori trekking. In a few hours of walking and one night of outdoor camping, you will be able to take memories of the highest peak of the Rwenzori Mountains. The price is good too. Just a small budget of your trip covers everything on this trek. It is probably the cheapest trek you will find in Uganda that gives you an opportunity to experience Uganda’s highest point easily, cheaply, and affordably.

This activity in Mountain Rwenzori involves spending a night on the community peak that is 2400 meters high. You trek through the villages, farms, and on the hills leading you to the scenic ridges, giving you one of the most rewarding views. These ridges overlook the Mountains and residential communities in the Mubuku valley. You will be amazed by this trail that is off the beaten path. The trekking is entirely clear, full of scenic picture moments. In the early morning and late evening, while on the top, you will have a chance to take a clear view of Margherita peak, if the day is clear.

Cultural Experience in the Mountain Rwenzori

Another cool activity around Mountain Rwenzori is cultural emmerssion in the evening local people of all ages come together to celebrate their culture. A limited number of guests are welcome to join and practically participate in this traditional merry-making session.  Here you can join the traditional workshops or just sit back to learn and appreciate the local Bakonzo culture as you view the sounds and moves of these mountain dances. During or after the function, you can shop souvenirs in the local gift shop, purchase local meals, or chat with the locals to learn more about Uganda, the Rwenzori Mountains and her people.

Mountain Rwenzori is also popular for birding tourists with over 217 bird species recorded in the areas. Birders have called it a paradise. You will have a chance to see bird species Birds like Robins ,Sunbirds ,Bee eaters ,Rwenzori Turaco, great blue turacos among others.  Birding is a great activity in Mountain Rwenzori for thos that are not interested in Climbing it.